There are many different hypotheses and theories on what really was responsible for the first large human societies. While many experts quibble over some points, the thing upon which most agree is that the ability to feed large populations is the main thing that made human society possible. It still stands true today; we cannot have large societies unless we have even larger food production and stores. When early humans figured out how to grow and harvest grain, everything changed for our entire species. We started to harvest and mill that wheat down into flour for breads, pastas and many other dishes, and over the years, we have created an incredibly broad range of flours.

Though how many flour types have you actually tried? Generally speaking, most people have only really tried bleached white flour from their local grocers, which is a very popular yet entirely pulverized version of wheat used for white bread, rolls and other applications. Few people have tried a broader range of fuller, richer, healthier flours like those found at Grainworks Organic Tillers & Millers, but more and more are going that way. If ever you have wanted to spread your wings and buy four online from different varieties, here are some of the best types of organic flour you can get your hands on. 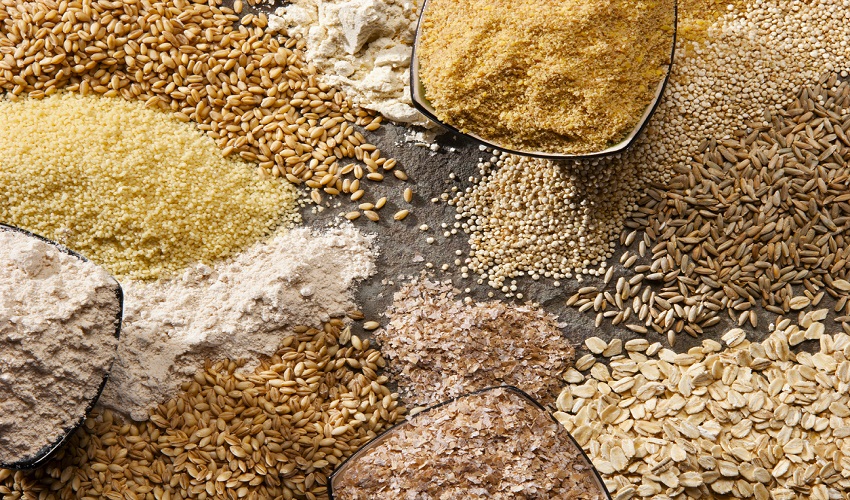 8 Types of Organic Flours Worth Trying

Barley is known as one of the earliest cereal grains that we ever learned about. This mild, nutty grain has a lot less gluten than typical wheat, and it also has many different health benefits. Many scientific studies have shown that this type of flour can help reduce things like bad cholesterol (LDL) and even help lower blood pressure. It’s fairly easy to bake with and can be used to replace that store-bought white flour in almost every recipe. You will be rewarded with a much fuller flavour.

Not every flour comes from something we would consider a “wheat” per se. Brown rice flour, for instance, comes from long-grain brown rice and is milled up to create a flour-like consistency. This is a gluten-free variety that can be used to replace your other flour varieties. However, it’s important to understand that you lose that “binder” effect that gluten provides. Brown rice flour is very high in B vitamins and healthy fibre.

The garbanzo bean is known by most as the chickpea, and it’s a very firm, rich bean that’s used in everything from stewed beans to hummus. When milled down, it can create garbanzo flour, which has long been used around the Mediterranean and in Indian and Middle Eastern cooking. This flour is very nutty and buttery when cooked, and it packs in a lot of fibre that is healthy for digestive issues, blood pressure, and more. Though like rice flour, you won’t find gluten in here to make risen breads, so you cannot always substitute.

You can find whole-grain buckwheat flour in both light and dark varieties. The dark version has more of its hull left in place, while the light version completely loses its hull. The difference in the final product depends on the taste and texture you like. Dark buckwheat is coarser and has a deeper, richer flavour, whereas light buckwheat is more like the traditional flour you may be used to. Both have the added benefits of extra vitamins and fibre, and of course, the benefit that both are organic flour options.

Many people debate on what quinoa is. Some argue it’s a type of wheat, while others suggest it’s more like rice. Actually, quinoa is a flowering plant and what you’re eating are the seeds. So, quinoa is a seed, which makes its “flour” much more like a flaxseed meal. Though, colloquially speaking, most refer to this superfood as a grain. You’re getting a bold flavour that’s very earthy while also a lot of amino acids and protein, and fibre. This is one of those food sources that can sustain you on its own due to how packed it is with nutritional value.

For anyone who wants to buy flour online, which’s much tastier and healthy, rye is always a good option. This is the sort of flour you’d want for traditional European sourdough breads. It packs in a ton of protein, fibre and iron, and it has a very distinctive flavour. It’s also well known for making dense breads that are hearty and hold up well to soups and other applications. For people on diets for things like high blood pressure, high blood sugar, or just weight control, rye is a great alternative to other varieties due to the amount of fibre it has.

White flour is the type that almost everyone knows. It’s the flour that’s used to make white sandwich bread, dinner rolls, most store-bought pastas, and hamburger and hot dog rolls you’ll find at most restaurants. It’s far and away the most popular flour variety, though usually what you’re finding is pulverized, bleached wheat. With this organic, unbleached flour version, you’re getting a lot more flavour and texture while still getting the gluten necessary for all of those risen-bread recipes that you crave.

Spelt is a grain that’s indigenous to western Canada and is known to contain very high amounts of nutrients like fibre and protein. White spelt flour is also a lot lighter on the gluten. It’s not gluten-free, so you can still make those risen breads from it, but it’s a lot lighter on your digestive system. The best part is that it brings a lot more flavour to your recipes overall. It has a deep, rich flavour as you would expect from a whole grain. Other good aspects of this flour type are getting magnesium, vitamin B, and a high dose of iron with each serving.

Once you open yourself up to the world of flours, you’re going to find dozens of different varieties that you might enjoy. Many are made from seeds and nuts and don’t have gluten, while others are just healthier, organic versions of the types of flour you’ve been eating all your life, like a good unbleached flour. There’s a little something for everyone when it comes to healthy flours from a high-quality supplier.

Want to join the discussion?
Feel free to contribute!

How to Buy Flour in Bulk
Scroll to top